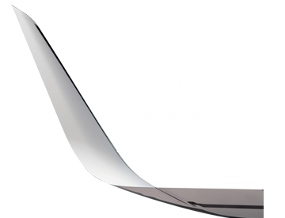 The Cessna Citation is a marketing name used by Cessna for its lines of business jets. Rather than one particular model of aircraft, the name applies to several "families" of turbofan-powered aircraft which have been produced over the years. Within each of the six distinct families, aircraft design improvements, market pressures and re-branding efforts have resulted in a number of variants, so that the Citation lineage has become quite complex.

We are proud that we had sold Mr. Milt Sills-the engineer and chief designer of the 500 series and the Citation X, his personal aircraft. He is sorely missed

Citation I (Model 500) originally called the Citation 500 before Cessna finally settled on Citation I, by which time the design had changed quite a bit from the FanJet 500. The original Citation I was one of the first light corporate jets to be powered by turbofan engines. Production ceased in 1985.

Citation II (Model 550) a larger stretched development of the Model 500. Initially replaced by the S/II in production, but was brought back and produced side-by-side with the S/II until the Bravo was introduced.

Citation VI (Model 650) was a low-cost derivative of the III which had a different avionics suite and non-custom interior design.

Citation VII (Model 650) is an upgrade of the III, Single Point Refueling

Citation X (Model 750) (X as in the Roman numeral for ten), an all-new design, the fastest civilian aircraft in the world since the retirement of Concorde.

Citation XLS, evolved from the Excel

Citation Sovereign (Model 680), utilizes a stretched version of the Excel’s fuselage with an all-new wing.

CitationJet (Model 525) essentially an all-new design, the only carry-over being the Citation I’s forward fuselage.

CJ1+ (Model 525) Improved version of the CJ1 with new engines

CJ2 (Model 525A) Stretched version of the CitationJet

CJ2+ (Model 525A) Improved version of the CJ2 with increased performance.

CJ3 (Model 525B) Increase in size and performance

Citation Mustang (Model 510), a new Very Light Jet (VLJ), even smaller and lighter than the CitationJet I meant to compete with the new breed of VLJs from Embraer, Eclipse Aviation, and Adam Aircraft Industries.

Citation Latitude - The project was announced at the annual NBAA convention in October, 2011. It was launched as a larger aircraft than the Cessna Citation XLS+ and cheaper than the Cessna Citation Sovereign. The aircraft will seat 9, and feature twin Pratt & Whitney Canada PW306D turbofan engines. Like other Citations, the Citation Latitude will feature a cruciform tail and all metal fuselage.

Citation Longitude - The project was announced in May 2012. It was perceived as the follow-on development to the now-canceled Citation Columbus. Its fuselage cross-section (83.25 inch circular section) is from the Citation Latitude. Cessna projected that first delivery would occur in late 2017. The aircraft will have a T-tail empennage, area-rule fuselage contouring, and 30° wing sweep. The engines will be the new Snecma Silvercrest turbofan, rated at 11,000 lb thrust for takeoff. The wings will incorporate moderate winglets. Construction will be aluminum for both wing and fuselage.

The Citation name also frequently applies to the original straight-wing family of jets, each of which has evolved from the first Citation I.

In October, 1968, Cessna announced plans to build an eight-place business jet that, unlike its competition, would be suitable for operations from shorter airfields, essentially aiming to compete in the light-to-medium twin turboprop market, rather than the existing business jet market. First flight of the prototype aircraft, then called the FanJet 500, took place a little under a year later, on September 15, 1969 in aviation.

After a longer-than-expected development flight test program, during which the name Citation 500 was tried, and a number of changes to the design, the finished aircraft was debuted with the new name Citation (Model 500) and received its FAA certification in September, 1971. The aircraft was powered by two Pratt & Whitney Canada JT15D-1 turbofan engines. With fan engines, rather than turbojet engines such as powered the contemporary Learjet 25, and a straight, rather than swept wings, the Citation was over 120 knots slower than the Lear 25 (max speed of 350 kts compared with 473 kts for the LJ25), which led to nicknames such as "Slowtation" and "Nearjet", and raised eyebrows in the aviation media.

In 1976, several product improvements were added to the aircraft in response to market pressures, including a higher max gross weight and thrust reversers, which made shorter landing fields available to customers. With these improvements came the name Citation I.

When production on the Citation I finally ended in 1985, 377 airframes had been built. The aircraft’s position in the Citation product line was not filled until much later, with the introduction of the Cessna CitationJet.

Like the Learjets, the Citation I required a crew of two. But since the Citation was intended to be marketed against twin turboprops, which can be flown by a single pilot, this restriction limited its intended market. Cessna’s answer was the Model 501 Citation I/SP, with SP referring to its certified single-pilot capability. The aircraft was first delivered in early 1977, and a total of 312 aircraft were produced, and production also ended in 1985. New York Yankees catcher Thurman Munson was killed in his Citation I/SP on August 2, 1979 while practicing takeoffs and landings.

The Citation II, Model 550, was a direct development from the Citation I. The earlier aircraft’s success in the market led Cessna to believe there was demand for a larger aircraft that utilized the same design philosophy. The result was the Citation II, which had a maximum seating capacity of 10. In addition to more seats, the plane had more powerful JT15D4 engines, faster speeds and longer range. First flight was on January 31, 1977, and the aircraft was certified for two-pilot operation in March, 1978. A total of 603 aircraft were built before the Citation II was replaced by the Bravo in the production line.

Like the Citation I/SP, the Model 551 Citation II/SP as Cessna’s means of competing in the turboprop market, which predominantly are operated single-pilot, so the aircraft was re-certified for single-pilot operations.

In October, 1983, Cessna announced that they would be improving the aircraft, and the upgraded Model S550 Citation S/II first flew February 14, 1984. The aircraft utilized an improved version of the engine, JT15D4B, while the rest of the improvements were aerodynamic in nature. The wing was replaced with one using a supercritical airfoil, which had been developed for the Citation III. The S/II was certified, like the II/SP, with a single-pilot exemption. Once certification was in hand, the S/II replaced the II in the product line in late 1984. However, due to market demands, the II was returned to production the following year, and both were produced side-by-side until replaced by the Bravo.

Citation V After stretching the Citation I to make the II, Cessna decided to increase the size of the cabin again, stretching the fuselage by another 20 inches, resulting in the largest member of the straight-wing family, the Model 560 Citation V. The first engineering prototype flew in August, 1987, and certification was granted in December, 1988. The aircraft utilized the T-47A’s JT15D5A engines for extra performance. By the time the aircraft was superseded in 1994, 262 had been built.

In 1993, Cessna decided to update the design, and announced that the Citation V Ultra, with the main differences being in the engines, which were the latest JT15D5D version, and the standard avionics suite, which was updated to the Honeywell Primus 1000 EFIS glass cockpit. The Primus 1000 replaced the standard "round dial" flight instruments with three CRT computer screens, one for each pilot and one center multifunction display.

Five years later, in 1998, the Model 560 was upgraded again as the Citation Ultra Encore, or just Encore, this time with Pratt & Whitney Canada PW535A engines and an increase in fuel capacity (resulting in longer wings). Another product improvement in December, 2006, brought the type up to the Citation Ultra Encore+, with the addition of FADEC-controlled PW535B engines.

By 1994, the Citation II and S/II had been in production for 10 years, and it was time to integrate new technology. Cessna thus announced the development of the Citation Bravo. While it was built on the basic S/II airframe, the new aircraft was powered by Pratt & Whitney Canada PW530A engines. The main landing gear was replaced by the smoother-riding trailing link configuration adopted by other members of the Citation line, and the standard avionics suite was updated to the Honeywell Primus 1000 EFIS glass cockpit. The new aircraft first flew on April 25, 1995, but certification did not come for over a year, finally being granted in August, 1996.

17.  The Cessna Citation X from Airliners.net

20.  The Cessna 680 Citation Sovereign from Airliners.net